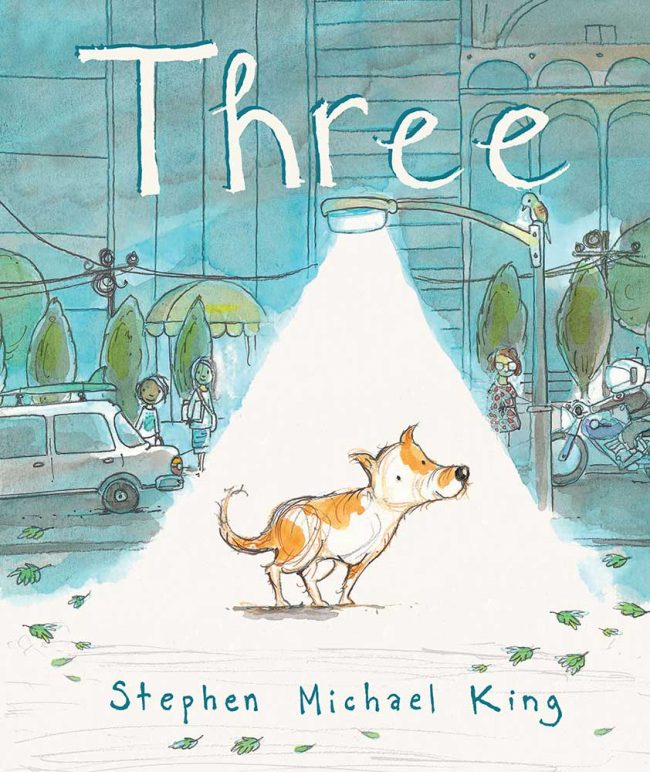 Once, when I was at the snow, a three legged dog introduced himself to me and he wouldn’t leave. I thought he was an amazing character and I tried every year for twenty years to write a good first draft of what was to eventually become Three. When my other main character, a one legged lady, changed to a girl with two legs . . . I’d got it. Instead of my idea being about finding the familiar, my story became one of understanding, acceptance, empathy, being thankful and following your own path.

Three doesn’t have a giant (big explosions & scary monsters) narrative arch because most dogs in real life don’t. They may face danger and there are things that they need, but mostly dogs adapt to their conditions while continuously wagging their tails.

After I’d written Three, I realised that at its core the story was about my older brother David – who was born with Polands Syndrome. I dedicated the story to him. You’ll see a photo of us on the back of my Uncle’s tractor. In the photo you can see that his right hand and arm are smaller. He learnt to do lots of things with his other hand even though he was naturally right handed. My brother and I were always making stuff together. He’s always happy and not much ever gets him down. Love him!

2020 winner for the Queensland BILBY awards