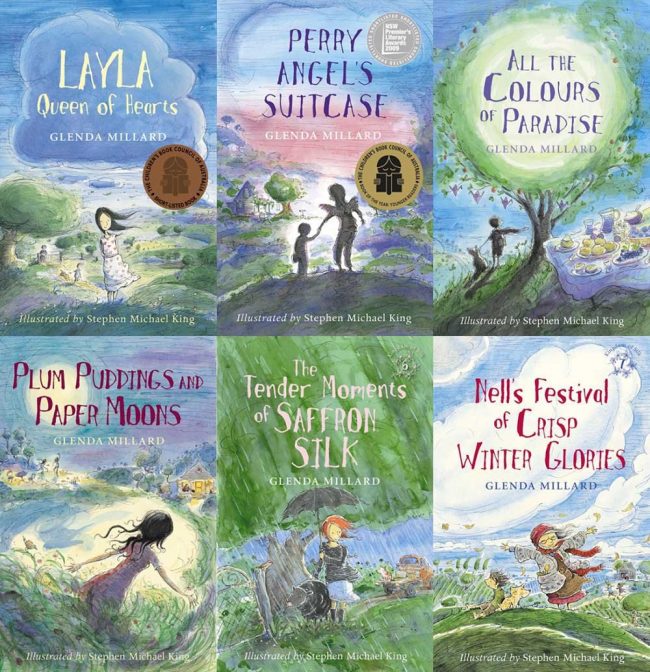 The Silk series is a series I came into on the second book. The first book in the series The Naming of Tishkin Silk was beautifully illustrated by Caroline Magerl and a wonderful read. I’d read it and loved it. For one, it had a green cover and I’d been told by a publisher (that I won’t name) that green books don’t sell. Rebelling, I was originally drawn in by the green cover, then the intriguing title but ultimately the uncommon story.

Caroline was moving house and unavailable to illustrate the second book in the series so I was asked to come on board. I normally would have said no, but being in the Kingdom of Silk was too perfect a fit for me, and I’m super happy I said yes.

Glenda and I have now worked together on eight books. She’s my friend, soul buddy and possibly the nicest person I’ve ever met.

The Silk Series has been published in the UK.

2010 All the Colours of Paradise

2012 The Tender Moments of Saffron Silk

2013 The Tender Moments of Saffron Silk