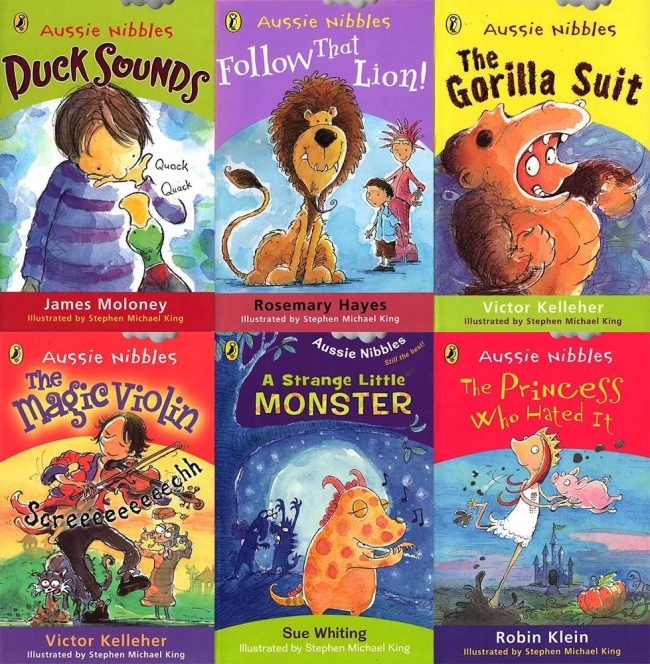 I illustrated Aussie Nibbles and Bites from 2000 til 2012. Serena and the Sea Serpent by Garth Nix was my first in this series and The Strange Little Monster and the Swamp Goblin by Sue Whiting (still in print) was my final one. I also illustrated The Bugalugs Bum Thief by Tim Winton (also still in print) and have given this book its own page.

These were such fun series to work on.

The Strange Little Monster and the Swamp Goblin

I’m a strange little monster myself at times. Sasha was a character I could empathise with. She didn’t like doing other Grotty Hollow monster things . . . instead she loves playing a flute with her cave dwelling grandad.

“A Strange Little Monster is a wonderful easy read tale about having the courage to be yourself.” Aussie reviews.

The Gorilla Suit — Chinese and UK

Let It Rip! — Chinese and USA